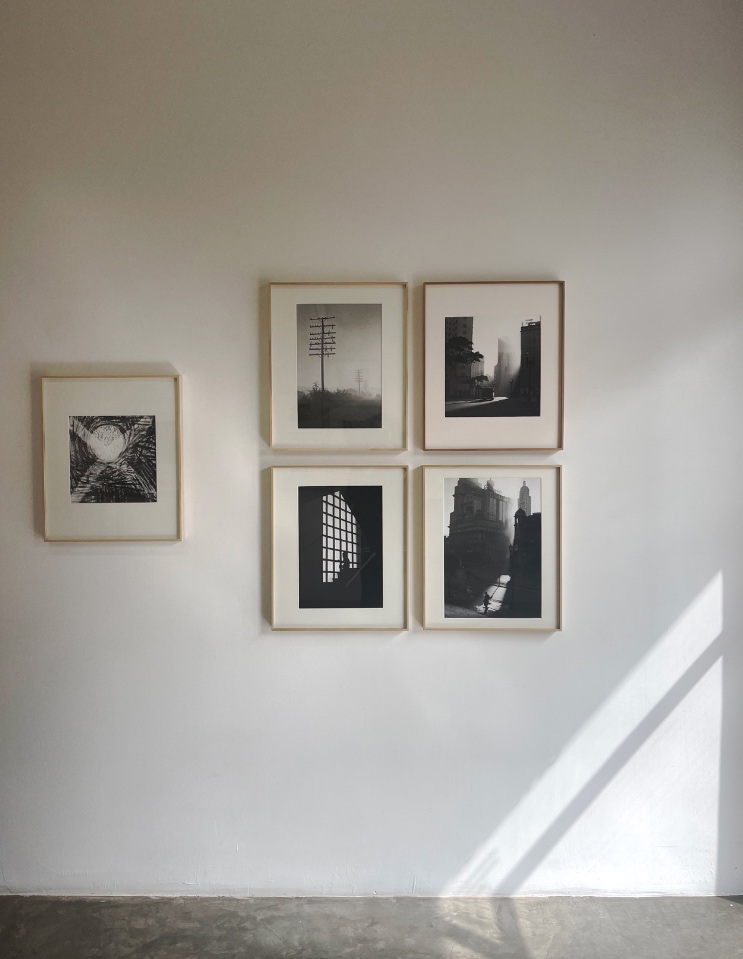 It speaks of mountains, of exile, of artistic journeys and experimental looks. It speaks of migration. It also speaks of the passage of time and the volatility of the landscape, of the traces that photography leaves on the skin of history.

The discovery of unpublished photographs by Marcel Giró (Badalona, 1912 – Barcelona, 2011) and Palmira Puig (Tàrrega, 1912 – Barcelona, 1978), exhibited here, has prompted a review of their work. The research has led to the discovery of an artistic link between different photographic clubs, of which Giró was a member. On the one hand, the Foto Cine Clube Bandeirante (FCCB) in São Paulo and, on the other, the Centre Excursionista de Catalunya (CEC), giving rise to the conceptual kernel of this exhibition: the fotoclubista spirit.

Known as fotoclubismo, this international phenomenon emerged at the end of the 19th century, and allowed photography enthusiasts to develop their passion in independent collectives, outside the official circuits of art and academia. The historical relationship between photography and landscape is reflected in these clubs. Following the European canon, rooted in a more traditional representation of nature, the Catalan fotoclubistas used their cameras as documentation mechanisms, capturing the beauty of the natural environment.

For the Brazilian urbanites, photography was not a document, but a work of art; the camera, an artifact of visual experimentation. Their compositions portrayed the urban landscape of post-war Brazil, in the midst of industrial expansion and architectural fervour, and found in it a scenario of geometric abstractions and surrealist forms.

Giró acts as a thread connecting these artistic phenomena. His work is a link between territories, between archives. It begins in 1930s Catalonia, where he met the photographer Albert Oliveras i Folch (Uruguay, 1899 – Barcelona, 1989), also a member of the CEC. Their friendship is immortalized in Marcel Giró amb esquís recolzat a una roca sota el coll d’Alba, a portrait that Oliveras i Folch took of Giró in 1935. Their paths separated at the outbreak of the Civil War. Giró exchanged the Pyrenees for São Paulo, Oliveras i Folch for the docks and boulevards of Buenos Aires.

In Brazil, Giró and Puig produced an extensive body of photographic work, often together. Their authorship is interwined in the archives, hard to tell apart: they often used the same reel and would then identify each one’s negatives. It wasn’t until RocioSantaCruz led an in-depth investigation of their work that the photographs of Palmira, previously attributed to Marcel, came to light. This exhibition gathers unpublished material from both, in addition to reaffirming Puig’s prolific authorship.

The FCCB was a scene of creative vibrancy, in constant search for new visual languages. Its avant-garde nature prompted artists from all over the world to exhibit their photographs in its annual shows. Antoni Campañà (Arbúcies, 1906 – Sant Cugat del Vallès, 1989), photographic artist and renowned Catalan photojournalist, exhibited Paisaje otoñal c. 1940 at the II Salão Internacionl de Arte Fotografica de São Paulo, 1943. He would exhibit three more works in 1947. In turn, Giró and Puig sent their photographs back to Catalonia, where the CEC included them in its exhibitions. Thus, a sort of visual correspondence arose between the Catalan artists, capable of crossing the borders of exile and of creating shared spaces through photography.

This exhibition coincides with the show Fotoclubismo. Brazilian Modernist Photography, 1946-1964, which will open at MoMA (New York) in May 2021. RocioSantaCruz works with the archives of some of the most prominent members of the FCCB, amongst them Germán Lorca (São Paulo, 1922), Rubens Teixeira Scavone (Itatiba, 1925 – São Paulo, 2007) and Eduardo Salvatore (São Paulo, 1914 – idem, 2006), in addition to Giró and Puig, as well as the Campañà collection. This archival research has allowed RocioSantaCruz to articulate an eloquent and complex photographic corpus, unearthing unpublished materials and drawing new connections between artists, times, and spaces of creation.

The gallery extends a special thank you to Toni Monné Campañà, Toni Ricart, nephew of Marcel and Palmira and responsible for their artistic collection, and to Berenguer Vidal i Tello, director of the Arxiu Fotogràfic del CEC, for their commitment and help throughout this project.