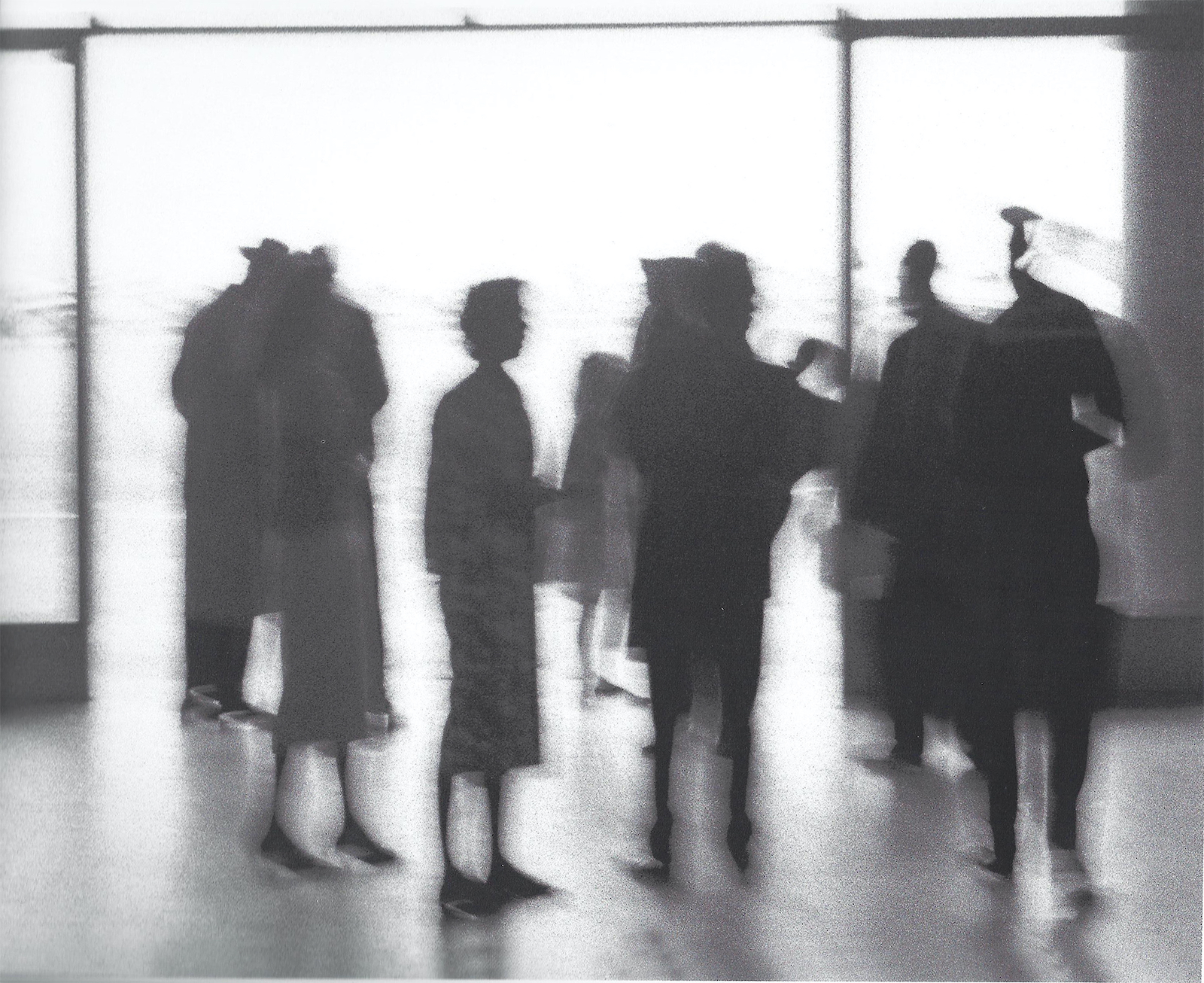 Germán Lorca combined his professional career as an accountant with amateur photography, and joined the FCCB in 1949. It was not long before photography became his sole profession. In 1952, he quit accountancy for Good and opened his first photographic studio. As a direct effect of the fervent debates between FCCB members on experimentation and the limits of visual language, the early years of Lorca’s artistic career are marked by a frenetic productivity and a clear desire to transcend the established aesthetic codes.

Lorca’s work articulates an urban poetics of the streets of São Paulo, one composed of landscapes which become at once familiar and uncanny. Combining intimacy and estrangement, he creates ambiguous and suggestive compositions. Roland Barthes’ punctum acquires, here, an unforeseen leading role, as Lorca’s photographs are filled with perforations, tears, unsettling (mis)encounters hidden in apparently familiar scenarios. It is only when we look through these visual crevices, and not around them, that we can unravel Lorca’s fascinating imaginary, the lucid freedom of his gaze.