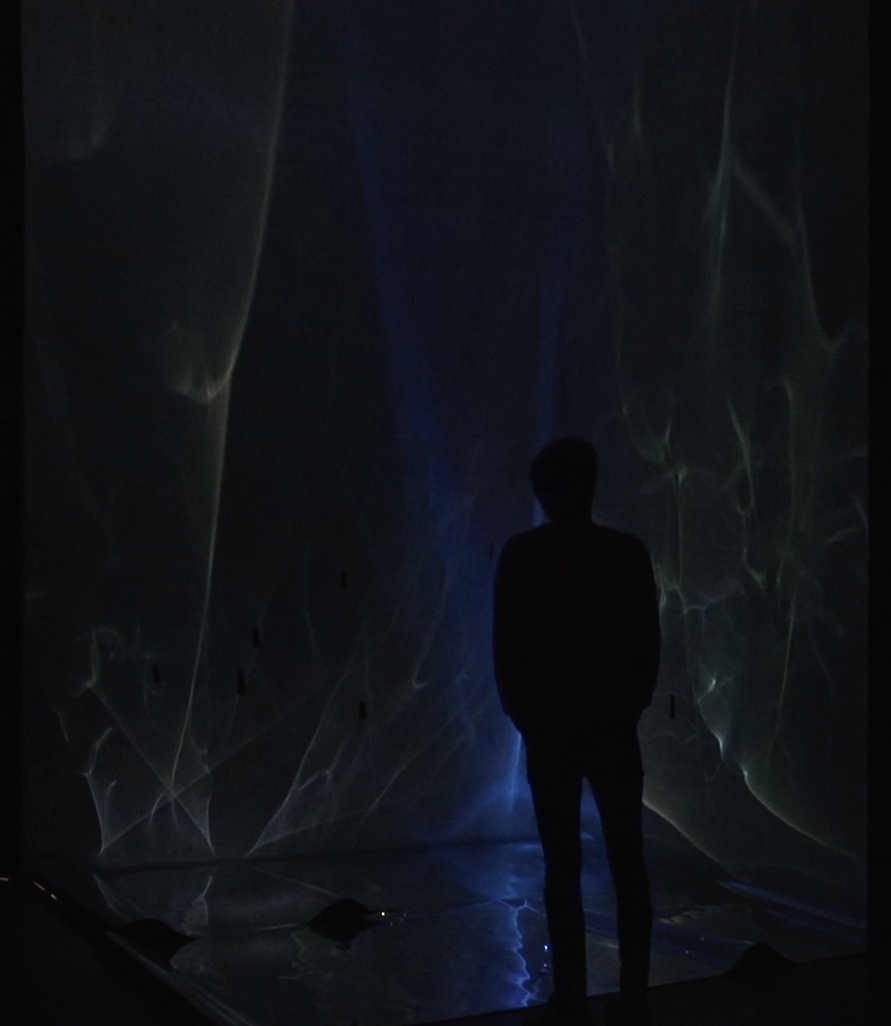 Hadal proposes an immersion into the ocean abyss, into the deepest layer of the sea and more than 6,000 meters deep, where there is a total absence of light and the cold is very intense. The word Hadal refers to the Greek god of death, Hades, and his dominions, the area of ​​hades, the place of death.

Lois Patiño (Vigo, Spain 1983) combined his studies in psychology at the Complutense University of Madrid with film studies at the Tai school. He continued his film training in New York and Barcelona, ​​where he completed the Master of Creation Documentary at the Pompeu Fabra University.

In 2013, at the Locarno Film Festival, he received the award for best emerging director with his first feature film Costa da Morte. This work has also received 15 other awards at festivals such as Jeonju IFF (South Korea), FICUNAM (México D.F.), Festival dei Popoli (Italy), Valdivia IFF (Chile) or at the European Festival of Seville.

His short film Noite sem distância was presented at the Toronto Film Festival and, among other awards, won the San Francisco Film Festival.

His work has been reviewed in The New York Times and ARTFORUM, among others.

Fajr, carried out with a grant from the BBVA Foundation, premiered at the Rotterdam IFF and was presented at ARCO2018 at the RocioSantaCruz gallery stand.